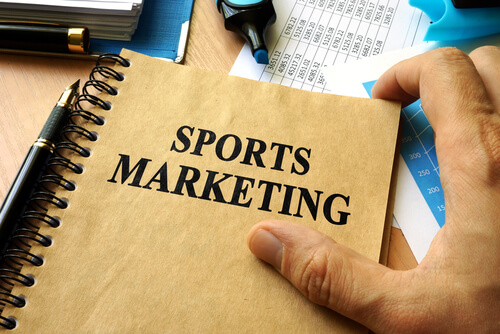 Being a life long sports fan, I have probably been to over 1,000 live sporting events including NFL ,NBA, NHL, MLB and minor league baseball games. My Dad took me to my first games at Yankee Stadium, Shea Stadium and the Meadowlands back in 1985. If I was lucky and the game went late, I didn’t have to go to school the next day. ?

The more games I went to, the more I got to understand how the sports business works and realized what could be changed or enhanced. There is much more to the sports industry than the 9 innings and 4 quarters we sit and watch. We have come a long way since my first games in 1985. Now with social media and the Internet, it’s so much easier to interact with fans and find out exactly what they want to enhance their sporting event experience (besides winning a championship, of course). I have found that many teams still lack the social media expertise, customer interaction, make many Internet mistakes, as well as in-game marketing blunders. I will outline some of my observations and some recommendations for your team, if you are reading this.

I’m a huge advocate of making sure a company, team or athlete secures all proper domain names, including business names, player names and even mispells. After doing some research, I noticed that the following major league baseball teams (Texas Rangers, Tampa Bay Rays, Minnesota Twins, Colorado Rockies and Oakland Athletics) do not own their respective team name domains: Rangers.com, Rays.com, Twins.com, Rockies.com and Athletics.com.  If I were running their Internet efforts, this would be the first thing I would do since these teams are losing thousands of direct URL hits. Yes, fans will eventually find their official site, but you don’t want to lose them along the way. Make sure you get all variations, including Spanish versions on the domain name as well. A team like the Texas Rangers should own TexasRangers.com, Rangers.com, LosRangers.com, etc. You need to cover all grounds because you don’t want someone else stealing your traffic.

I recently consulted with the Dallas Mavericks, D-League Team, The Texas Legends. Their official website is www.TexLegends.com but if I was a fan, I would go directly to TexasLegends.com, which they do not own. A cyber squatter purchased this name and all it takes is a simple WIPO on behalf of the Legends and $1,200 to get this rightfully back to them.  I don’t think the owner of the domain name is going to fight this suit, especially when it’s a trademarked team name. I am a frequent online purchaser of Dallas Mavericks gear and kept finding myself going to MavsGear.com (which always went to an error page). The actual domain name to buy official Mavericks gear was MavGear.com, but I know many Mavs fans were going to the wrong site. I then sent an email to Mavericks Owner, Mark Cuban and his tech guys and they fixed this problem right away. I’m sure if I looked around at other teams, I would find similar mistakes. These little mistakes could cause millions of dollars lost for sports teams.

Yes, probably every professional team has an official account, but not enough are interacting directly with their actual fans and customers. The people running team Twitter accounts are posting scores, promotions, injury updates and things going on during the games. What about the customers who buy tickets and team merchandise? Who is talking to them on a regular basis? My suggestion would be for every team to create a “PR” or “Fan” account where they talk directly to who is talking about them on Twitter. For example, @OrlandoMagicPR or @OrlandoMagicFanRelations. One of the most valuable tools on the web is Search.Twitter.com. If I were the Orlando Magic, I would hire someone to reach out to everyone on Twitter talking about topics like “the Orlando Magic, Dwight Howard, JJ Redick, Jameer Nelson, Hedo Turkoglu, downtown Orlando, Amway Arena and yes, even Otis Smith.”  Create interaction among these fans including contests, giveaways and discounts on tickets and merchandise. For every team, this is your target market and it’s not being fully taken advantage of.  Also, if I were the Orlando Magic, I would also secure the handle @OrlandoMagic since their official account is @Orlando_Magic.  This is about caring and listening to what fans want and fulfilling those requests.

Everything is mobile these days and most teams and arenas still haven’t adapted to this. iPhones have made it so easy with (One Click) to download check scores and get updates, but most teams still haven’t released team apps to get every type of information a fan could want, including the ability to buy tickets, purchase merchandise, follow their favorite athlete on Twitter and constantly brand your team’s logo on the fans iPhone, that rarely leaves their hands throughout the day.  More importantly, if I am in the arena or stadium and want to know where my favorite food selections are located, including prices and daily specials without getting up and missing the game, why is that not an option right now?  How about finding the closest restrooms and memorabilia stands as well? It’s not hard these days to build a virtual rendering of the stadium / arena, walking the customer through a tour of the entire stadium. If a fan is sitting in the upper deck and wants to see what it looks like from the lower bowl, it’s not hard to incorporate this into the app to see a view from any seat. How about being able to “check into” specific seat locations and see which friends are around you? It’s about interaction and making people feel important. For larger arenas, there are other events during the year such as concerts that a fan might be interested in going to, but had no idea their favorite band was coming to town. With the “arena” app, this is a no-brainer. There are so many possibilities here for team arenas to catch up to technology and adapt to what people are actually using. For a minimal cost, a team (or the owners of the arena) can hire a developer to build the application and generate millions with this simple idea. They already have a following and fans ready to download!

This next idea can also go along with the previous app idea. So when die-hard fans spend good money to go to a game, why should they have to wait in lines for drinks at crucial times? I always thought an arena should implement a system for all fans to be able to order a drink without leaving their seats. Season ticket holders can have an account where they can order drinks with designated “drink runners.”  The cost to hire additional drink servers is minimal compared to the increase revenue with this new system. Yes, there may be some kinks at first, but I’m thinking of the additional revenue a team could make instead of that customer changing their mind because it’s too much of a hassle to wait in a line. I think once it’s tested and proven in one arena, everyone will soon adapt.

Logos stand for great tradition with teams like the New York Yankees, Boston Celtics, Dallas Cowboys and Montreal Canadians. Other teams seem to rebrand their logo every 10 years or so. Jay-Z and The Brooklyn Nets are the latest team to rebrand their image with their move to a new arena in Brooklyn next season. They decided to go with a classic black and white look which I’m not a huge fan of. Either way, it forces die-hard fans to go out and buy all new gear.  I think minor league baseball teams should take a look at their logo every year and see if there is a way to improve it or make it better. Even create alternate logos on promotional nights. Via social media, let the fans tell you which one they like. How could they not buy gear if they are telling you they want it? Minor league teams have more flexibility to be creative, since most are independently owned. If you are in the front office and looking for the best ways to create new revenue, this could be it. If I am a follower of a specific team and could collect different logo versions and alternate logo team gear, I would buy and so would most loyal fans and collectors.

Feature More Player Twitter Handles on Scoreboards and Throughout Arenas

Superstar athletes are the reasons why fans buy tickets and merchandise. Then why aren’t teams promoting their fans to interact more with their favorite players? When I go to games, I see huge, missed opportunities for free player marketing. When a player such as Josh Hamilton steps up to the plate, we should see a “follow Josh on Twitter @TheJoshHamilton” under his name and stats. When Kevin Durant goes to the free throw line, we should look up on the big screen and see, “Follow Kevin on Twitter@KDTrey5” or when Chris Johnson crosses the goal line, the Titans scoreboard should say “Follow Chris on Twitter @ChrisJohnson28. This should also be for TV fans watching at home, with phone and computer in hand. This will only create more interaction. If teams are paying these superstars, they should be promoting them as much as they can to their own fan base.  Twitter allows a professional athlete to build up a positive public image, despite what the media might report in certain situations. If you are a die-hard fan of a specific athlete, you get real time info coming straight from the horse’s mouth and will only bring more PR to your team.

If you have any questions, suggestions or want to connect with me, follow me Twitter @RyanTotka or email me, ryan@athletepromotions.com.