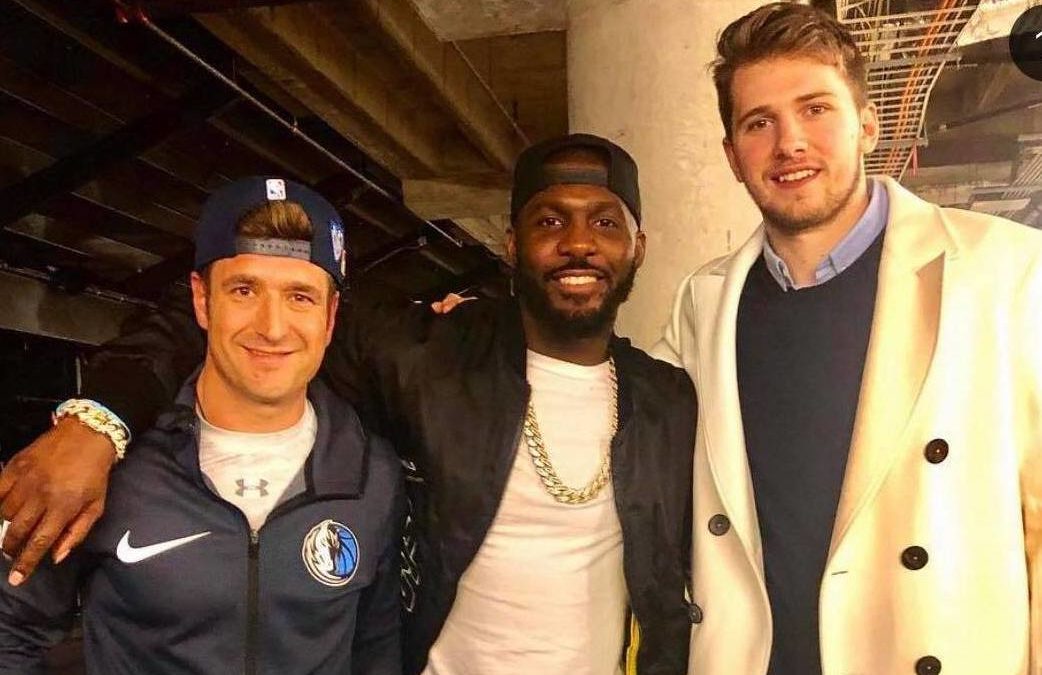 I believe certain things are in our DNA, especially what we were destined to do. I grew up in Woodbridge, New Jersey where I was basically born with a baseball in my hand. Here is a picture to prove it. At the age of 5, I went to kindergarten with an NFL lunchbox and when the teacher said to bring in a photo of someone we loved, I brought in a 1982 Danny White Topps football card. Around this age, my Dad also took me to NY Yankees, NY Mets and NJ Devils games and if the game ran too late, I even got to miss school the next day. Sports became a huge influence in my life. I started collecting baseball cards, NFL Huddle dolls, bobble heads, game programs, posters, sticker books, vintage shirts, mini helmets and anything sports related. My entire room turned into a sports shrine, and pretty much remains the same today. My first entrepreneurial experiences happened around 8 years old when I had a paper route in Woodbridge, NJ, shoveled snow for neighbors in the winter, raked leaves in the fall and went door to door singing Christmas Carols during the Holidays. I also played in year round Little League, Pop Warner and Rec Basketball Leagues growing up.

As we moved to Florida, I quickly realized that MLB Spring Training comes to the sunshine state every March, as well as Single A and Double A minor league baseball. When I was a young teen, I would also write letters to my favorite players for autographs and got back about 80% of my requests. My buddy Big Joe and I would go to probably 50 Spring Training and Minor League games a year collecting autographs of our favorite players, doing what ever it took: waking up early, staying late, hopping fences and even creating fake Press Passes to get closer access. One of the coolest moments was catching a home run ball during a Tampa Yankees / Daytona Cubs game and getting it signed after the game by this 17 year old kid named Derek Jeter.

When Pop Warner season started in Port Orange, FL, I decided to give football a shot where I quickly realized I had pretty good hands, catching 3 TD passes in the first half in one of my first games. During high school, I was always among the youngest and smaller receivers, but finished my senior season as one of the top wide receivers in Central Florida, earning All County honors. While in high school I started my first real job at a sports merchandise store called Athletic Attic, selling shoes, jerseys, shirts, Oakley sunglasses and other sports stuff. This was first hand retail experience learning about sales, commission bonuses and never to judge a person on how they look, because they might just buy 3 pairs of shoes.

After high school, I played on the Daytona Beach Community College club team where I played center field and loved making diving catches. During my first semester in college, I started getting into weight training and became an IFPA Certified Personal trainer where I helped people achieve their fitness goals. At this same time, this thing called “the Internet” started to really take off. My buddy Corey Patterson took me to the Embry Riddle computer lab where we played Duke Nukem, learned how to build a basic website and surf the web with a browser called Netscape.

While at UCF, I started a website called CollegeInvestors.com teaching college students about the stock market. My Dad listened to this popular radio show called MG and the StockDr and encouraged me to email them to see if they would like me to link their radio show to my site. A few days later I got an email from the CEO asking me to come in and start right away full time, although I was still in college, so I started my paid internship that next semester with my job waiting upon graduation. While working there, I played in my first fantasy football league, where you had to manually submit your lineup and points were tallied up by the CFO. This is where you gotta pay attention to detail, because I accidentally started Ricky Watters over Ricky Williams, when Williams scored 3 TD’s that week.

After two years working in the financial industry, I still had the strong passion for sports. As the stock market corrected, a lot of people in the company were losing their jobs and we mutually agreed it might be time to pursue something new. That’s when I took the risk to become a full time entrepreneur, hustling websites and learning search engine optimization. As I built my first company, we had the opportunity to work with two top local Orlando baseball prospects, Rickie Weeks and Zack Greinke, building their official websites and fans clubs, which then inspired me to send an email to Maniacal Marketing the company that built LeBron James’ official website. He was about to be drafted #1 by the Cleveland Cavaliers, as the most hyped high school basketball prospect in a long time. They let me handle the search engine marketing for his official website. I told a buddy who worked at Channel 2 news in Orlando and he asked if he could do a story on me and my new endeavor with LeBron.

That led to a call from a guy in Orlando who booked retired players for appearances and speaking engagements and he didn’t know too much about the Internet. We met up and over time, built one of the largest athlete booking agencies in the business, AthletePromotions. By building a solid reputation in the industry, that led to working with some really cool people. For my birthday, my Mom decided to email Mark Cuban to ask him to meet me for lunch in Orlando, so he left me a pass for after the Magic Mavericks game, which led to doing some cool events with him the past ten years, including Inc Magazine’s GrowCo event in Nashville, a World50 event and Q&A with Derek Jeter in NYC and a Shark Tank watch party at my Orlando condo with him, Daymond John and 80 of my closest friends.

During this time, I also created a few viral marketing campaigns. The first was KevinSmithForHeisman.com, a campaign to help UCF running back get national respect where he rushed for 2,567 yards in his senior season. The second was StayDwight.com, a campaign for fans of the Orlando Magic that was featured on almost every major sports news outlet. I saw what the Cleveland fans went thru when LeBron originally left for Miami and knew it was going to happen with Dwight in Orlando. I probably spent about $7,500 on the campaign, but it was still fun. I had billboards, t-shirts, banners, stickers, did interviews with news stations, restaurant made special menu items donating money to the D12 foundation and even hired StayDwight Gorillas to run around the Amway Center during games.

By a lot of hustling and a little luck, over the years I’ve got to build, manage and market the official websites for some of my favorite players growing up including Allen Iverson, Brady Anderson, Steve Garvey, Wayne Chrebet, Pavel Bure, Dan Fouts, Nick Anderson, Tobias Harris and many more, including former Cowboys QB Danny White who found me on the Internet looking for someone to help him with speaking engagements (and I had to tell him my kindergarten story).

In 2012, NBA great Vince Carter who I’ve known since high school, hosted his annual charity event in Daytona Beach where I ran into a long time friend who said you gotta meet my buddy Adam Alson who kind of does what you do, realizing he ran Vince Carter’s website for ten years. Instantly we became friends and started working on a few projects, including building a brand for Dez Bryant and websites for numerous celebrities including Cedric the Entertainer, Audrina Patridge, Frank Kaminsky and the Marley Family.

Being a long time die-hard Cowboys fan, I moved to Dallas in 2014 and created ThrowUpTheX, the official brand for Dallas Cowboys wide receiver Dez Bryant, which caught on quickly with Cowboys fans all across the globe. After learning the apparel business, the founder of 500Level randomly emailed me to do some designs for Allen Iverson. We happened to be in Vegas at the same time, met up and became a partner in one of the fastest growing licensed NFL, NHL and MLB player apparel companies. With business partner Adam Alson, we also created BigLeaguePillows, a jersey pillow product with licenses in all major sports.

I’ve learned a lot of valuable lessons along the way thru trial and error, taking risks, traveling and doing things for people without expecting a return. In the end, it all comes back somehow…In the meantime, the rest is still unwritten.