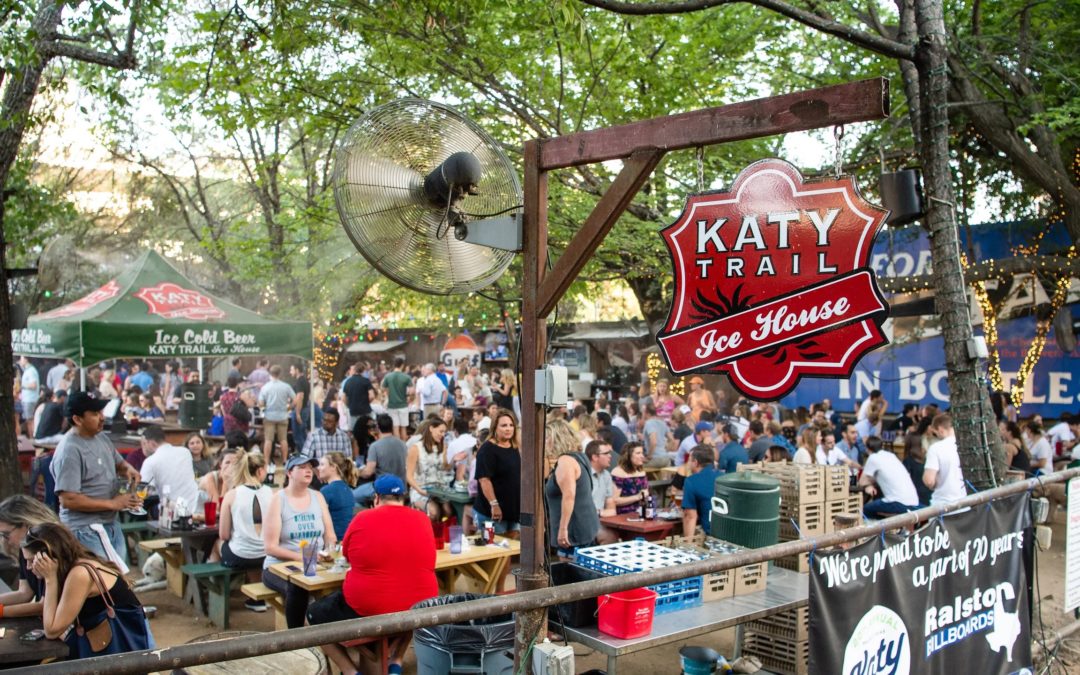 I’ve always loved the way sports brings people together. There is an instant bond when one fans meets another fan, especially when in a different city. A hat, jersey or shirt immediately shows your team loyalty to another die hard fan, creating that trust. But on one day at the KatyTrail IceHouse in Dallas, Texas that went to a whole new level. I wanted to share this story for a while but now seems to be the perfect time as you will find out why.

About a year ago I decided to wear my purple Orlando City Soccer jersey to Katy Trail IceHouse, a very popular outdoor patio BBQ hang out. I went with my buddy Derek Shaw who jokingly said that nobody will know who that jersey is, which is very popular in Orlando, the city I grew up and started my companies.  I explained to Derek how Orlando City Soccer was all the buzz in OTown right now.

We meet up with another Orlando friend of mine there named Andrea Kelly who had a picnic table saved for the group. As we got there, I immediately had three people come up to me saying “Sweet jersey, are you from Orlando? Love the jersey, etc”. Derek couldn’t believe that people in Dallas knew about this New soccer team from Orlando.

A few minutes later, from about 20 yards away, I saw a guy who looked about 30 years old look at me like he might know me. He approached our table and said “Hey my name is Todd, cool jersey, are you from Orlando? I’m originally from Winter Park” (which is a suburb) but now live in Miami. That’s when Andrea jumped in and said “I’m actually from Winter Park, what a small world”. Todd says “Do you by chance know a girl named Chelsea Wolfe? Andrea says …”Umm yes, how strange, that’s my best friend. She lives in Atlanta now.” Todd says “OMG, I was soo in love with that girl in high school but she always had a boyfriend. We actually went to prom in the same group together.” Andrea says “What a small world, let’s take a photo and send to her right now.” Lucky for Todd, Chelsea’s response was pretty much the same as his, “OMG I was soo in love with that guy in high school”…

Well, you can imagine what happened next. Both busy business professionals, they decided to make a plan to meet up in Orlando where they both grew up, started traveling the world together and pretty much have been inseparable since. Then on October 29th, Todd Girdley proposed to the long lost love of his life, Chelsea Wolfe and she said “Yes”…of course with plans to move to Dallas in 2018, where they got reconnected.

Pretty amazing story that all started by wearing an Orlando City Soccer jersey to one of my favorite Dallas hangouts. Ironic to think that my wardrobe that day changed the lives of one happy couple forever. The next time you decide on what team jersey to rock, just know there is a chance that it could lead to magical things!